skip to main | skip to sidebar

It has taken us several weeks to find a Notary Public who's commission is good for a year or-more, to meet us at our Doctor's office. After multiple phone calls to "mobile" notaries without success, we discovered that a friend from Church is a Notary! What a blessing! Today we are finally getting our "medical forms" checked off the list. Thank you Keller family!!!
This Thursday is our first Home Study visit. We aren't sure what to expect, but I can't wait to get started. The paper work required before they would meet with us took over a month to gather. Clearance letters from every state we have lived in since the age of 18 was a major pain, considering how much we have moved. Well... it's also been a while since we were 18.
This is a great week of moving closer to our boys coming home. We received a call that Chernet, the oldest, had chicken pox. It was going around the orphanage. It made my desire to be mothering him and caring for him so very real. They assured me that he is being well taken care of and everyone encouraged me that it's a good thing that he has gotten the chicken pox over with.
Now we're off to the Doctor's office, then the Police Station (more about that later). Thanks for riding this roller coaster with us!
Posted by David & Kathleen at 8:02 AM 1 comment:

The adoption process has brought attention to the fact that my “Green” card needs to be renewed. You wouldn’t believe (unless you-too are an “alien”) what kind of intimidating and oppressive atmosphere they create at the USCIS Office (a.k.a. “Immigration”). While at the immigration office I met a lady who overheard me mentioning that I was in the process of an International adoption. She shared with me that she recently adopted a 4-year-old special-needs boy from China. She gushed as she talked about her son stating, ”This is the best thing my Husband and I have ever done.” Her child has Cerebral Palsy.

Her next statement was, “I have learned so much about what it means to be adopted by God.” Wow. The more I’ve thought about her statement the more God has shown me that He loves us just as we are. He adopted us with all our imperfections. He takes full responsibility for our care. He gladly becomes our source for all of our needs, both spiritual, as well as natural. His grace and His love give us hope for a future, just like this little boy from China!

I’m thankful to God for the divine appointment of meeting this woman while standing in line at the Immigration office. She was from Belfast, Northern Ireland, which is where most of my extended family lives. It was such an encouragement to me (and a really-cool “small-world” moment…) as we continue on this adventure of bringing our boys home. 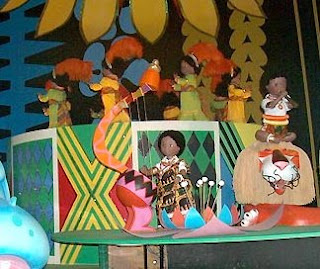 It’s a small world after all

David’s parents were serving in the military when he was born, so he entered the world in Fukuoka, Japan. The two of us now live in the birthplace of America, Philadelphia, and are adopting two sons from Ethiopia.

Our lives are like the ride at DisneyWorld with the beautiful dolls singing in their native tongue, “It’s a small world after all”. I was going to try and write it in French, but all I’ve got is “ Un petit”.

I’m so thankful to call the Creator of the Universe, “Abba Father”. Nothing is impossible for Him. He brought David and I together from two different parts of the world and now he is connecting us with our sons. He’s got the whole world in His hands!!!

Posted by David & Kathleen at 4:52 AM No comments:

http://www.giving.msny.org/
Follow this link to our Church site where you can make a tax-deductible contribution to help us bring our boys home. Thank you for helping us fulfill our dream, and adopt these children! (just put "OTHER" in the Drop-Down box, and specify "Estes Adoption" in the memo field to insure that your contribution is directed towards the support of this Adoption Mission) 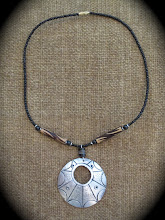 styles vary, no-2 are exactly alike 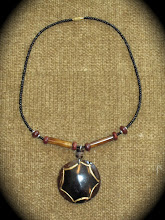 Styles vary, no 2 are exactly alike 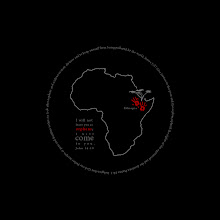 Size-appropriate logos adorn the most comfortable pre-shrunk 100% cotton shirts you've ever worn. You're going to look AMAZING in this shirt!

When will you get the boys?

The time frame for adopting children in the waiting program from Ethiopia is about 6 – 9 months. The earliest possible date would be December ‘09, which would be amazing.

Are they full orphans?

Yes, both parents have passed away. They arrived at Hannah’s Hope Orphanage on May 19, 2009. It’s an amazing and wonderful place that provides a care-mother for every three children. We are confident that they are being well cared for during this process as they await their “forever home”.

Do you go to Ethiopia to pick them up?

Yes, we will need to be in Ethiopia for about 7 days to complete this process. We are not permitted to go to the orphanage or to see the boys until the Courts in Ethiopia approve our completed Adoption Dossier (which could possibly be in early December). Until that time, they are being lovingly cared for by the Caregivers at Hannah's Hope Orphanage in Ethiopia.

Do they speak English?

They can say their ABC’s and count-to-10 in English, but the language at the orphanage is Amharic. They are actually from the southern part of Ethiopia where the language is Wolaytta. There is no Rosetta-Stone program for Wolaytta, so we are learning a little Amharic. We will need to teach the boys English, so we’re learning how to do that as well.

How much will this cost?

The cost to adopt one child from Ethiopia is approximately $25,000. Due to the fact that we are adopting siblings it will be approximately $40,000 with travel. Because of a small family inheritance and all of our savings, we have about $10,000 towards this need. We will are raising an additional $30,000. So far, we have been blessed to raise about $18k, leaving us with a goal of raising an additional $12,000. We are rejoicing in faith as we watch God meet our needs!

Besides asking friends and family to help us, we are making T-shirts to sell, as well as making available some handmade African necklaces, all of which will help us toward our financial goal of bringing our boys home without incurring debt. We know that where God guides, He provides – so we eagerly anticipate His miraculous provision as we move forward in the direction of our two new sons.

For more info on the Waiting Children Program or Ethiopian Adoption, go to http://www.allgodschildren.org/

David & Kathleen
This is the story of our family. We've been married since 1995, and have been trying to have children since 1997. We are so excited that God has chosen this process called ADOPTION, not-only to build our family, but also to reflect HIS Heart to the world. After-all, this is exactly what He has done for each one of us... adopted us into His family!